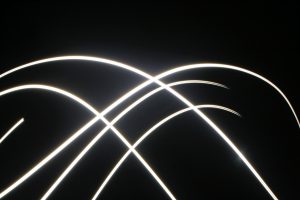 “Why me?” — the quintessential question that arises in all our minds when faced with a failure.

if you had really, in true honesty, put in your very best efforts towards achieving a goal and yet faced a devastating failure, there are probably even more questions and thoughts that come into your head –

“How did he/she get it? They don’t seem to have struggled even one bit as I have”

This phase of indignation is actually a reasonably fun place to be in. Yeah! Sure you failed. But you end up being the centre of attention of your close family and friends who all of a sudden don the cheerleader hats and try to bring the sunshine back into your life. After helping you dissolve your sorrows in tubs of ice cream, serious questions are raised about whether the venture that you pursued was actually well suited for you. “Maybe it was just not meant to be”, it is declared. Those who don’t fall in the family and friends category probably stand on the sidelines and declare that you deserved what fate and destiny gave you.

Once all this hullabaloo dies down and you again find yourself in solitude, with only your failure for company, sombre and sometimes dangerous thoughts pop into your head again.

“I put in so much effort and yet I failed. Is it even worth trying again?”

“Do I have the strength to face yet another failure?”

“Should i just quit and do something else?”

All of us have faced this challenge at some point in our lives.

How do we pick ourselves up when something doesn’t go the way we had imagined it would and regain the grit and determination to try again?

How do we continue to have the faith and belief that success will come eventually?

How do we push ourselves to try even harder next time, especially after tasting crippling failure the last time?

Throughout history, really really smart people who have probably failed multiple times, have come by and observed how humanity raises a hue and cry when faced with a failure but almost always never asks “Why Me?” when they succeed. You never see an olympic gold medallist launch himself into a pensive mood wondering why his opponent, who was probably better prepared than he was, did not win the match that day.

And so, the smart people have said that one of the strategies in dealing with failure is to look at both success and failure with equanimity as both are not really caused by you. In other words, you only have the right to perform your own actions, but not to the actual outcome. Or to state it another way, the outcome should not be the motivation for our actions as we have no control over it, you have to put in your efforts, the results will come as they come.

I have always found this philosophy a bit unsettling and difficult to come to terms with. We all drive ourselves harder in order to reach the green grass on the other side, don’t we? When we have put in so much effort, why can we also not expect to be rewarded with success? And on the flip side, is it possible to really drive ourselves hard, if you are supposed to understand that the outcome may not always depend on your efforts?

In an attempt to reconcile this dichotomy, what if success can be modelled as some crazy equation dependent on multiple variables, something like –

Where, f(a) denotes the contribution made by your efforts. There are probably infinite other factors that contribute to the outcome. The so called butterfly effect as described in chaos theory talks about how the flapping of wings of a single butterfly could lead to a tornado hundreds of miles away. It is hence, impossible, to even fathom what all factors affect or influence the outcome Y that you so desire. All these other extraneous factors b, c,d etc., are what are referred to as fate or destiny or karma in common parlance. So while, f(b), f(c) etc,.could very well affect the outcome, it is important to understand that you still have the ability to influence the outcome in your favour by focusing on a. Looking at it another way, the higher the value of a, which is something that you have control over, the more insignificant the other factors become.

If success comes your way as a result of all the hard work you have put in, take a break and treat yourself to that special sundae you have been eyeing all along. If success gives you the miss, just tell yourself that b or c probably had a tough day that day. But then hunker down, and come up with a strategy to improve the outcome of f(a).

Tried and TestedLeadership
Go ahead! Make a fool of yourselvesLeadership